CFA's About the breed

Known as the Skogkatt in its native Norway, the Norwegian Forest Cat is a large, semi-longhaired cat whose rugged appearance fits its name. Despite the hardy facade, this breed is very much a homebody that enjoys the company of other pets and particularly their human companions. Their relationship with you can best be described as “on their own terms.” Yes, Forest Cats can be lap cats, but THEY will decide when to get on or off that lap. At a minimum, Forest Cats insist on being near their people in a place of their choosing: chair, bed, or desktop. A scratching post and a cat tree, preferably tall, are musts for the Norwegian Forest Cat home. These are moderatley active cats; there will be bursts of energy followed by long naps. Sensitive yet social, you will find them to be intelligent cats that adapt readily to change. Breeders are often asked if these cats need to be outside. As with all cats, inside the home is quite suitable and is certainly the safest environment. Providing interesting toys, perches with outside views, and most importantly, regular one-on-one time will result in a well-adjusted cat.

To the inexperienced eye, the Norwegian Forest Cat may resemble other semi-longhaired breeds such as the Maine Coon or even some random bred longhaired cats. In fact, there is considerable difference. Without a doubt, the expression of the Norwegian Forest Cat is striking and distinctive among pedigreed cats. Large, almond-shaped eyes with their oblique set and the equilateral triangle-shaped head contribute to the unique appearance of this breed. Viewed from the side, the Forest Cat has a straight profile, i.e. straight from the brow ridge to the tip of the nose. Heavily furnished ears that fit into the triangle finish the look.

The Norwegian Forest Cat has an insulated, waterproof double coat that was designed to withstand the Scandinavian winters of its origin. The texture of this coat also matches that environment – longer, coarse guard hairs over a dense undercoat. A full frontal ruff, bushy tail, rear britches, and tufted paws help to equip this feline for life in a region that borders the Arctic. Surprisingly, this coat does not require the care of some of the longhair breeds: weekly combing along with a little more attention in the springtime should cover it. Often identified by their brown tabby and white coats, Norwegian Forest Cats actually come in most colors, from pure white to deepest coal black, with every possible coat pattern and color combination in between, with the exception of the colorpoint colors as seen in the Siamese or Persian-Himalayan, such as seal point or chocolate point.

The fully mature (approximately age five) Norwegian Forest Cat is a large, sturdy cat, well-muscled with significant boning. Expect a male to weigh from 12 to 16 pounds; fully grown females will weigh from 9 to 12 pounds.

Although the Norwegian Forest Cat is a relatively new breed in the United States, it is a very old breed in Norway, featured in folk tales and mythology for centuries. The term skogkatt literally means “forest cat.” In all probability, this was the cat the Viking explorers took with them to keep their ships clear of rodents, the same job they had in the barns in the Norwegian countryside. Their first arrival on the east coast of North America may have been with Leif Erickson or his contemporaries in the late 900s.

Norwegian Forest Cats were almost lost as a distinct breed through hybridization with the free-roaming domestic shorthairs in Norway. Interest was aroused among Norwegian cat fanciers who became determined to save the breed, but World War II put a hold on their efforts. Efforts after the war were finally successful, resulting in the Norwegian Forest Cat being not only welcomed into the show ring in Europe, but also designated the official cat of Norway by the late King Olaf. They were not exported from Norway until the late 1970s, and the first pair arrived in the United States in November of 1979. The Norwegian Forest Cat was presented to the CFA Board for registration acceptance in February 1987 and in 1993 was accepted for full championship status.

Breeders usually make kittens available between twelve and sixteen weeks of age. After twelve weeks, litters have had their basic inoculations and developed the physical and social stability needed for a new environment, showing, and being transported. As you discuss the price of a kitten, consider that the breeder often makes one or more trips to Europe to research and obtain cats for their breeding program. Other considerations may include titles obtained by these cats in competition or parentage, as well as preferred markings and type. Discussions with the breeder should include recommendations on spay/neuter surgery, feeding, and information on registering your kitten.

Source: CFA About the Breed 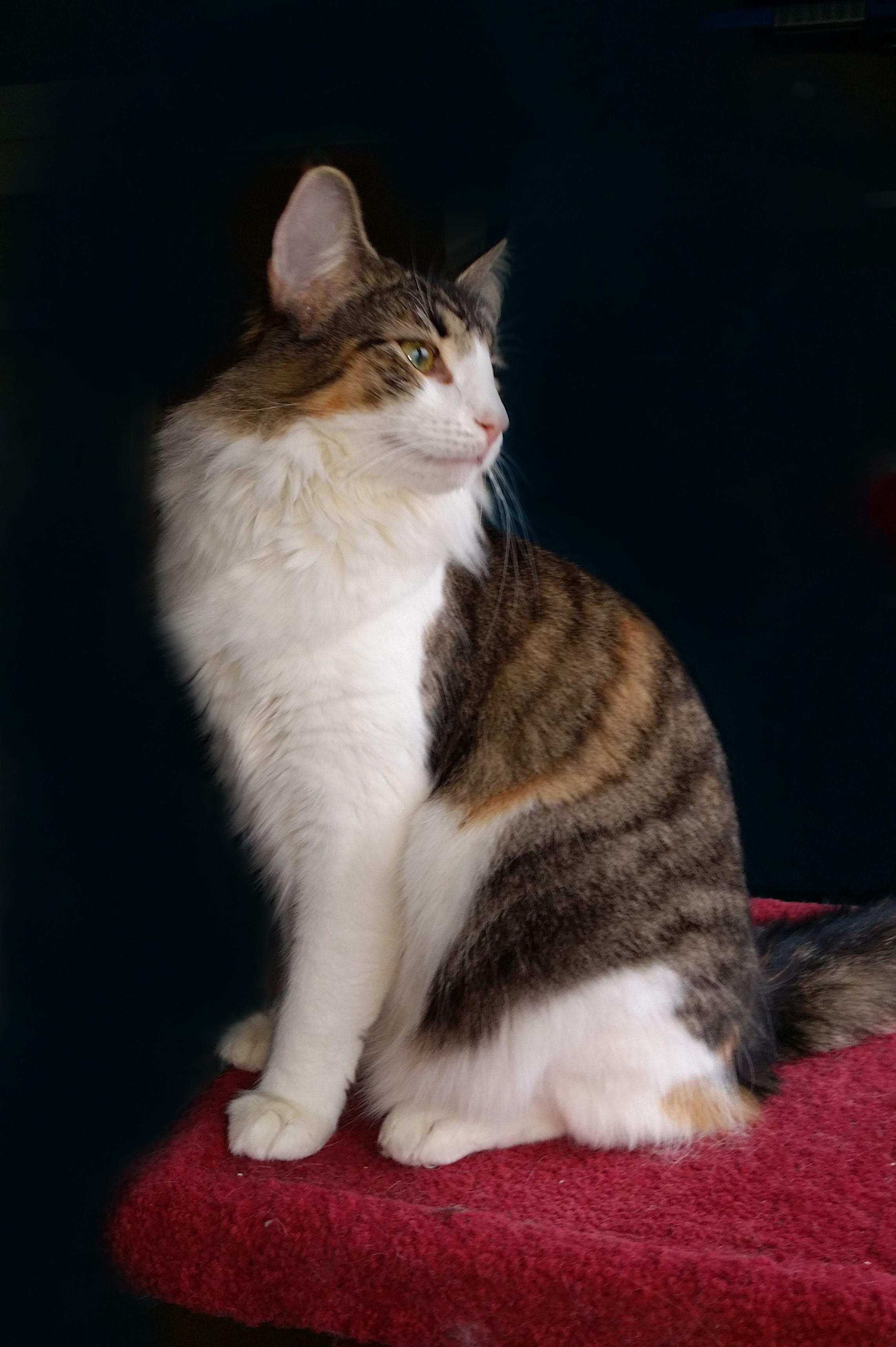